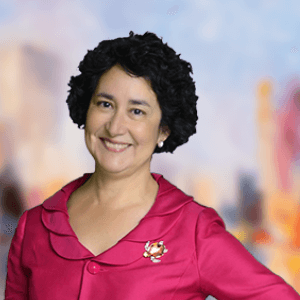 Janet’s lifetime of legal experience offered a uniquely international and deep understanding of all areas of estate planning, with emphasis on complex tax issues, business succession planning, estate and trust administration, charitable giving, international tax, non-profits and business law. She began her legal career in London, England, working in the areas of international tax law and expatriate tax planning. She continued her international tax work in Moscow helping foreign business representatives seek the proper application of newly passed Soviet tax rules. Upon returning to the United States, she practiced in Washington, D.C., Maine, and Florida. Janet was involved in a wide variety of organizations throughout several counties, with primary emphasis in Volusia and Flagler counties.

Janet is admitted to The Florida Bar.

Janet is fluent and practiced law in three languages, English, French, and Spanish, and is conversant in Russian. In addition, she has been published both nationally and internationally.

FAQ’s and the Good News on Using a Living Trust